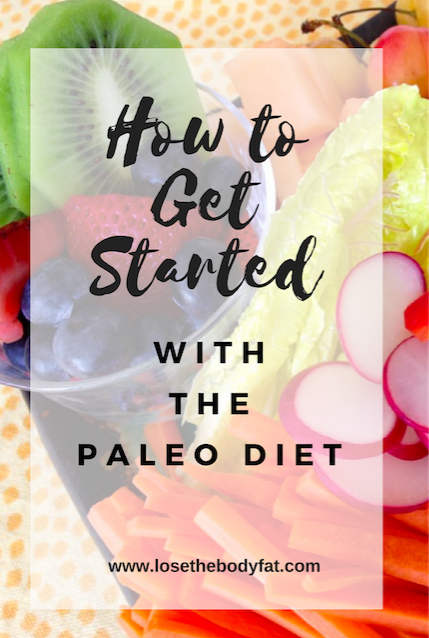 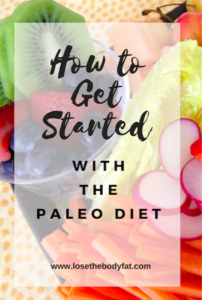 The Paleo Diet has become one of the most popular weight loss programs – and for good reason. This diet is associated with eating a diet high in protein and free from refined carbs. But do you know to get started with the paleo diet?

Do you ever look pack at old films and old tv shows and look at how skinny people were?  Especially shows from the 70s I notice how thin people were.

Though the centuries, our lifestyles have obviously changed in many ways, from those of our ancestors. With modern improvements came processed food that was supposed to make it easier to grab food and go.  However now experts say that today’s common complaints of bloated stomachs, puffy eyes and skin rashes can be traced back to our lifestyle.  As a society we are putting on weight like crazy and get sick more often.

From elite athletes to people looking to improve their health, the Paleo Diet is a popular choice great. But is it right for you? Not everyone has the same preferences and needs, so let’s look at the basics of this diet.

Benefits of the Paleo Diet

Many people who start looking into the Paleo Diet are trying to lose weight.

But there many other benefits of that have been reported with this diet:

* Reducing inflammation in the body that can lead to chronic disease and aging
* Better sleep
* Higher energy levels
* Hormonal balance
* Decrease in gas and bloating
* Improved cholesterol
* Lower risk of heart disease, cancer, and diabetes
* Reduction in allergies
* Better muscle tone and fewer aches and pains
* A feeling of improved mood
Who wouldn’t want to have these health benefits? Now this diet plan may seem very different from the way you’re eating now, you’ll find that it’s actually simple to follow.

The basics of the Paleo Diet

Paleo is short for Paleolithic. This diet is also sometimes called the Cave Man Diet.

That’s because the premise of this program is that you eat like your ancestors who lived during prehistoric times. They were lean and toned because they used only the most natural foods for their body. 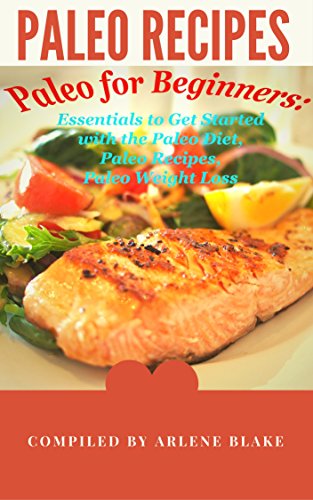 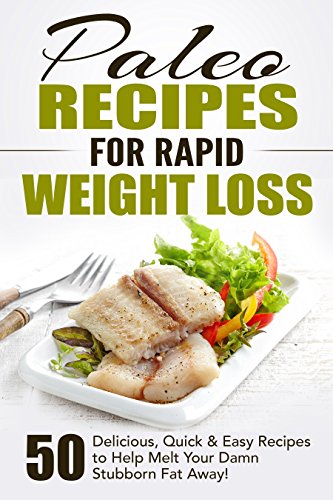 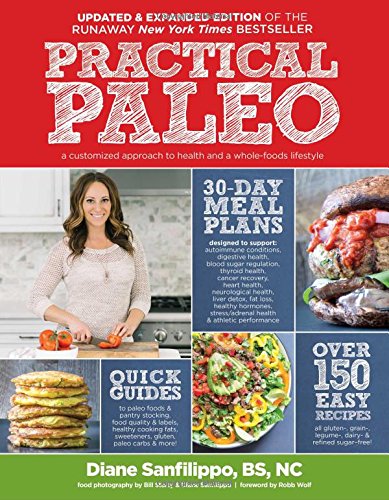 How to get started with the Paleo Diet

The idea is that they didn’t have the luxuries of processed foods including grains and factory meats. Instead they hunted and gathered – eating mainly fruits, vegetables, nuts and wild meats.

So what can you eat on this diet? You’ll be able to eat fresh fruits, vegetables, nuts, grass-fed meats, fish and other seafood, eggs, seeds, and healthy oils such as olive, flaxseed, and coconut oils.

It’s also best if you choose to eat organic foods as much as possible – since those are free from any pesticides, antibiotics, or herbicides that can actually be toxic for your body and cause inflammation.

Basically, you want to focus on eating whole, unprocessed foods that are as free from toxins as possible. As you begin to follow the Paleo diet, you’ll see that it makes a lot of common sense and isn’t all that hard to practice.

Here are food you should not eat on the Paleo Diet – grains, dairy, potatoes, legumes (beans and peanuts), salt, refined vegetable oils (such as canola or soybean oils), refined sugar, and processed foods.

if you’re used to eating a lot of boxed or frozen dinners and fast food, then this is a drastic change. You’ll find that there’s a bit of an adjustment period when you learn how to prepare foods differently and get used to new tastes.

While you’ll have to make some big changes, this diet is actually one of the least difficult to follow in many ways. First, you don’t have to count anything. You won’t need to track any calories, carbs, protein grams, or points.

You also don’t have to worry about eating at specific times. As long as you’re eating whole foods and avoiding the foods that are off-limits, you’re following the plan.

Of course, you should always try to eat mindfully and only eat when hungry and not just bored. Eat until you’re satisfied and listen to your body’s hunger cues. 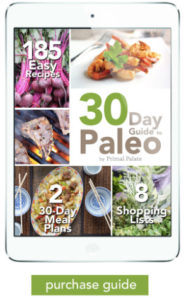 The biggest challenge comes from not having the ability to run into the gas station or a typical fast food restaurant when you need a convenient bite to eat.

You’ll be eliminating processed foods and for some people, that takes away a lot of the convenience and requires much more food preparation than they’re used to.

This diet can also cause you to increase your food budget. The processed foods that aren’t allowed on this plan tend to be much less expensive than organic or grass-fed products.

However, you’ll find that you get that investment back in good health and how you feel.

But as you get past the first month or two of the program, those temptations become fewer. No matter what the challenge is, careful planning can help you have a better experience with getting started and with sticking to the program.

Get rid of the junk in your Kitchen

When starting any diet you need to get rid of the junk.  For Paleo,  that means getting rid of anything that’s processed or includes grains.

Having those foods out of the house will make it easier to stick to the plan. You should also stock up on healthy foods to get ready. In addition to having items for the meals you plan to eat, you need to make sure you have plenty of snacks to prevent you from getting too hungry in between meals and going off of the plan.

Having these staples on hand will make it easier for you to grab a snack and prepare the foods you need for success. 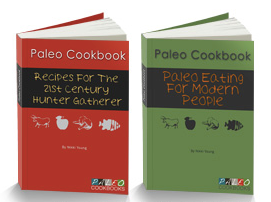 Make a plan to succeed

When you’re getting started with any new way of eating, it really helps to have a plan.

This makes it easy to know what you’re going to eat for your meals rather than having to make last minute choices that could throw you off track.

For each day of your plan, you should have a breakfast, lunch, dinner, and two snack options. You may not always stick perfectly to your plan, but having one will help you stick to the Paleo diet most of the time.

One of the greatest causes of failure is not being prepared, so this one step could mean the difference between success and failure. But once you’ve decided what to eat, you need to make sure you actually have what you need on hand!

Cook for more than one meal

When you’re eating using the Paleo lifestyle, you may find that you’re cooking a lot more than you once did. But weeknights, it can be tough to cook after a long day of work.

A lot of people find success by prepping meals on Sunday’s for the entire week. And some people even choose to cook once for the entire month. That means preparing meals and then refrigerating or freezing them to use later.

It’s much easier to stay true to the diet when all you have to do is come home and heat up something that you’ve already prepared. If this sounds overwhelming to you, let’s break it down in a way that seems a little less intimidating.

All you need to do is take a look at your weekly meal plan. Go grocery shopping for everything on the list the night before you plan to cook. Then on cooking day, first do any chopping or other prep for vegetables and meats.

Next, start putting together the recipes and either putting them in a gallon size resealable bag to cook later or go ahead and cook them in the oven and reheat them later.

You can get an entire week’s worth of food prepared in three or four hours and be done cooking for the week. But what if that is still too much for you? Instead, you can just try to make each time you cook stretch a little longer.

Say you find a great recipe that you love. The next time you make it, double the batch. That way you can eat a meal that night and then you can have another serving of it later in the week or month.

All you have to do is put it in a container and pop it in the freezer – but make sure you label it so that you can find it again. If you do this a few times in a month, you’ll be able to get more out of the time you spend cooking in the kitchen.

Those extra meals are perfect for busy nights when cooking doesn’t seem doable, but you don’t want to grab a burger and go off of the plan.

Have food options on hand at all times

Even the most prepared people find that sometimes they’re out and about, hungry, and don’t have any snacks on them. Keep a list on your phone, in your purse, or in your wallet of snacks that will work and are convenient.

Some ideas include deli meat, bananas, apples, beef jerky, nuts, hard boiled eggs, and dried fruit. A salad without processed dressing can also be good – try squeezing a lemon on it for flavor.

You might also consider a can of tuna, Larabars, guacamole and fresh veggies, and even a few squares of dark chocolate.

When eating out. don’t be afraid to order your meal the way you want.

One way to stay motivated to get started and stick with the Paleo diet is to track your progress.

You can take photos of yourself at the beginning and then weekly to see if you can visualize any changes. You can also keep a journal about your energy levels, any health problems that you’ve experienced, and generally how you feel.

Seeing results and getting closer to your goals will help you stay committed to the Paleo diet – even when it’s tempting to give up. The longer you do it, though, the better you’ll feel and the more results you’ll be able to document.

It can be hard to diet by yourself so find a friend or family member to do it with you.  f you don’t have any friends or family members who want to try Paleo, you can always join online support groups.

It can really help to have someone else to share ideas and get tips for sticking to the diet.

Changing your lifestyle can be a big challenge. If you find that you eat something that isn’t part of the Paleo plan, don’t beat yourself up over it. Just get right back to your healthful eating plan and move forward. 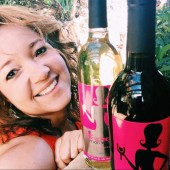 3 Ways to Use Ginger in Your Diet

How the Law of Attraction can help you lose weight 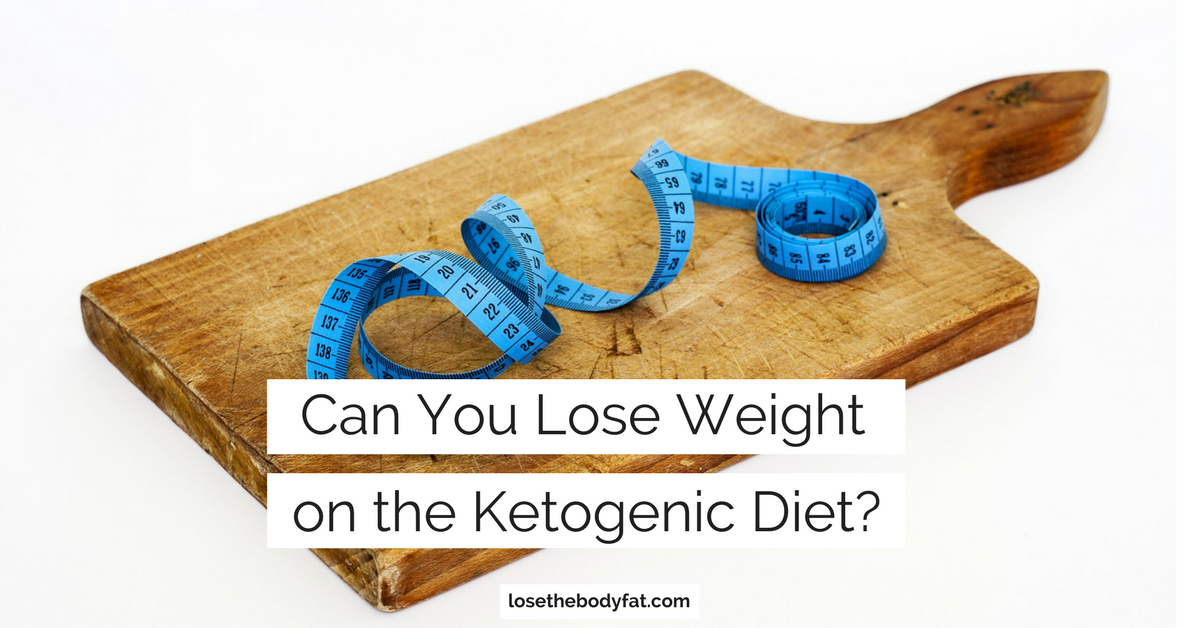 Can You Lose Weight on the Ketogenic Diet? 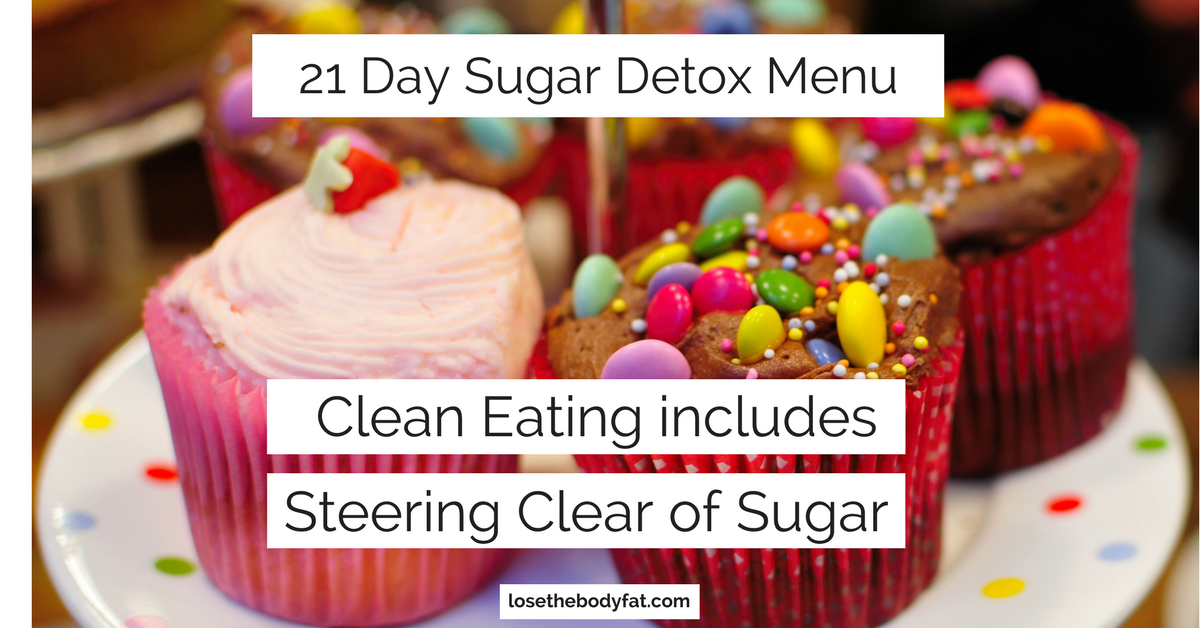 5 tips for How to start a sugar detox now

Lose the Body Fat is a participant in the Amazon Services LLC Associates Program, an affiliate advertising program designed to provide a means for sites to earn advertising fees by advertising and linking to Amazon.com.